Vancouver, BC – Ultra Lithium Inc. (TSX-V:ULT, OTCQB: ULTXF and Frankfurt: QFB) (“Ultra Lithium” or the “Company”) is pleased to provide an update on the drilling work at its 100% owned Laguna Verde brine lithium project in Catamarca Province, Argentina. Drill hole LV22-01 has been drilled to a depth of 210 m with an initial diameter of 9 7/8 inches to carry out geophysical studies. Later, the drill hole will be widened to 12 inches for well development, brine sampling and pumping testwork to check brine aquifer potential for future development. The geophysical study of the well indicated the presence of a continuous brine aquifer comprising of mainly clastic sediments from 13.9 meters to 205 m depth with a marked hydrothermal presence towards the deeper section. The aquifer is still open at depth.

The geophysical study work was carried out by the Zelander BrineField Services company based in Salta, Argentina. Well LV22-01 is undergoing development work for completion and brine sampling.

Dr. Weiguo Lang, CEO of Ultra Resources, stated that, “The results of geophysical survey on the first drill hole showed all strong positive parameters of the Laguna Verde brine lithium project. The survey identified a single brine aquifer with multiple zones of varying porosities and permeabilities indicating potential for producing high volume of brine fluids from this well. We are getting ready for collecting clean brine samples through installation of pipes, cleaning up the hole and carrying out pumping tests as soon as possible. The Company expects the similar high-grade surface lithium results at depth. As the first drill hole aquifer is still open at the drilled depth of 205 m, the Company is planning to drill the next drill holes down to 400 m or deeper. The Company has become confident that the Laguna Verde Salar will be one of the major brand-new discoveries of lithium bearing brine resources in the part of world known Lithium Triangle.” 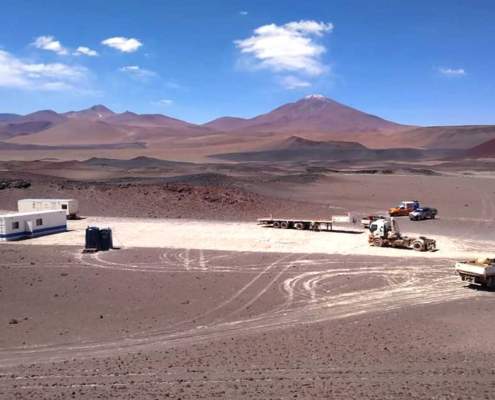 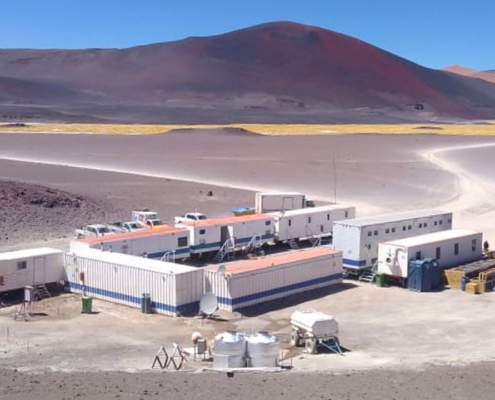 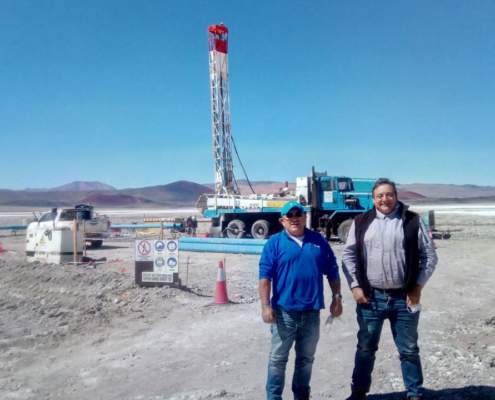 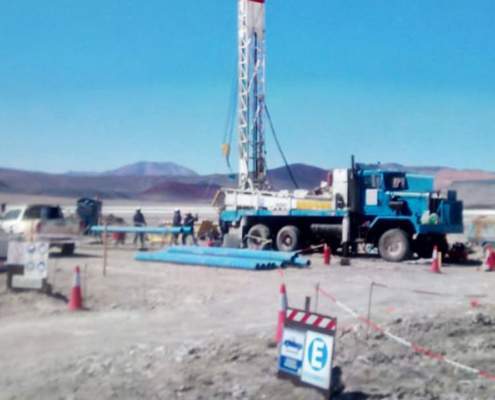 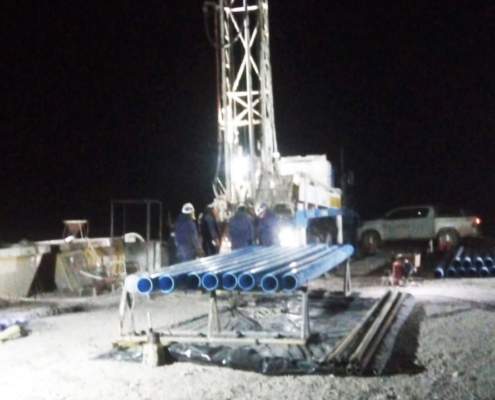 Laguna Verde is a new brine lithium discovery where exploratory sampling conducted by ULT has shown lithium values in the range of 34.2 to 1,270 milligrams per liter (mg/L) – (see ULT press release dated February 2, 2018). The Company’s previous exploration work from 2017-2021 included surface brine sampling, ground geophysical surveys and bench scale evaporation testwork. The Laguna Verde mineralized brines are marked by low magnesium to lithium ratios, in the range of zero to 10.2 which can result in lower production costs .

In 2018, the Company also completed a 39.2-line- kilometers of ground geophysical survey. The survey results indicate high value brine lithium exploration targets in a salar core area of 3.4 square kilometers within a 23 square kilometre, 100 to 150-meter-thick sedimentary basin with the potential to host lithium brines. Interpretation of gravity survey data show a major fault system exists to the east of the Laguna Verde Salar and also indicates the presence of a 2.4-kilometer-thick Cenozoic basin, which requires further exploration.

In 2018, a bench scale evaporation test of approximately 4,000 litres of brine sampled from Laguna Verde was carried out in Ultra Argentina’s laboratories located in Salta. The density of the original brine sample was 1156 and its lithium concentration was 391 ppm. Two types of evaporation tests were conducted. The first test included evaporating 179 litres of brine sample in an external pool located outside to match natural evaporation conditions. The results indicate that in a period of five months, the brine volume was reduced from 16 cubic metres (m3) to 3 m3 and lithium concentration increased from 391 to 6,760 ppm. Major salts produced during this process were Halite, Felsobanyaite, Silvite, Lithium Sulfate and Potassium, Carnalite, Kainite and Gypsum. The second test was conducted inside in controlled conditions. The results indicated that the original brine volume of 2,326 m3 was reduced to 85.06 m3 and the lithium concentration increased from 391 to 7,370 ppm (see ULT press release dated September 24, 2021).