Vancouver, BC – Ultra Lithium Inc. (TSX-V:ULT, OTCQB: ULTXF and Frankfurt: QFB) (“Ultra Lithium” or the “Company”) is pleased to announce that the Company has signed an exclusive strategic cooperation agreement with Zangge Mining Co. Ltd., for exploration and development of its 100% owned Laguna Verde Brine Lithium Project in Catamarca Province, Argentina.

Ultra Lithium has commenced an exploratory drill program at Laguna Verde. The Company’s drilling contractor, Los Arcangeles SA, is mobilizing the exploration camp, equipment, field crew, and drill rigs to the property. The current phase of exploration work is scheduled to be completed in second quarter of 2022 subject to weather and ground conditions. Based upon exploration results, an NI 43-101 technical report will be completed on the property.

Ultra Lithium and Zangge will work together to reach a definitive cooperation agreement for the development of the Laguna Verde Brine Lithium Project. Zangge will be responsible for the extraction technology, feasibility study and capital expenditures required for lithium carbonate production. After the definitive cooperation agreement takes effect, the companies will prepare a comprehensive development plan and specific operational plans with the aim to get the Laguna Verde brine lithium project into production as soon as possible. 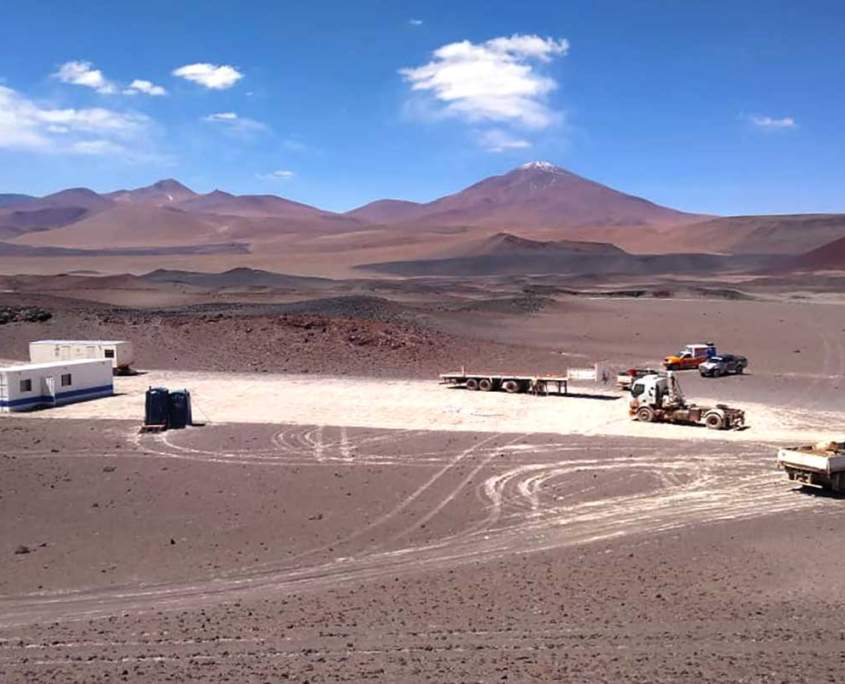 Zangge Mining Co., Ltd. (“Zangge”), a lithium and potassium producer listed on the Shenzhen Stock Exchange with a market capitalization of about $8 billion USD, is headquartered in Golmud of Qinghai Province of China. Currently, Zangge has the mining rights of 724 km2 in Qarhan Brine Lake. It has been developing and utilizing the brine lake for 20 years and has become the biggest private potash producer in China with an annual production output of two million tons of potassium chloride.

Zangge entered the lithium industry in 2017, using its proprietary, advanced and proven adsorption technology to extract lithium from brine. In 2020, Zangge completed construction of its lithium processing facility in Golmud, Qinghai, China and is producing 10,000 tons of lithium carbonate annually. The current Zangge’s production line has been in continuous operating for 3 years without the need to change and/or add reagents at all and with almost zero pollutants leakage to the atmosphere and ground. The Company is one of only three companies in the world with industrialized adsorption lithium extraction technology.

Please refer to their website for more information about Zangge Mining,

Laguna Verde is a new brine lithium discovery where exploratory sampling conducted by Ultra lithium has shown lithium values in the range of 34.2 to 1,270 milligrams per liter (mg/L) or parts per million (ppm), magnesium values less than 1 to 7,920 ppm, potassium 804 to 15,800 ppm, and boron 65 to 2,190 ppm. The Laguna Verde area is marked by low magnesium to lithium ratios, in the range of zero to 10.2. In 2018, the Company also completed a 39.2-line- kilometers of ground geophysical survey along eight exploration lines on the property, with azimuth of 137 degrees and 47 degrees from north. The survey results indicate high value brine lithium exploration targets in a salar core area of 3.4 square kilometers within a potential brine basin of twenty-three square kilometres and a thickness of 100 to 150 meters. Gravity survey interpretation shows a major fault system exists to the east of the Laguna Verde Salar representing a 2.4-kilometer-thick Cenozoic basin, which requires further research.
In 2018, a bench scale evaporation test of approximately 4,000 litres of brine sample from Laguna Verde was conducted in Ultra Argentina laboratories located in Salta. The density of the original brine sample was 1156 and its lithium concentration was 391 ppm. Two types of evaporation tests were completed. The first test included evaporating 179 litres of brine sample in an external pool located outside to match the natural evaporation conditions. The results indicate that in a period of five months, the brine volume was reduced from sixteen cubic metres (m3) to three cubic meters and lithium concentration increased from 391 to 6,760 ppm. Major salts produced during this process were Halite, Felsobanyaite, Silvite, Lithium Sulfate and Potassium, Carnalite, Kainite and Gypsum. The second test was conducted inside in controlled conditions. The results indicated that the original brine volume of 2,326 m3 was reduced to 85.06 m3 and the lithium concentration went up from 391 to 7,370 ppm.