Vancouver, BC – Ultra Resources Inc. (TSX-V:ULT, OTCQB: ULTXF and Frankfurt: QFB) (“Ultra Resources” or “the Company”) is pleased to announce that the Company has signed a drilling contract with Los Arcangeles SA to carry out drilling and brine sampling on its 100% owned Laguna Verde brine lithium project in Catamarca Province, Argentina.

The exploration work is aimed at achieving the following objectives: 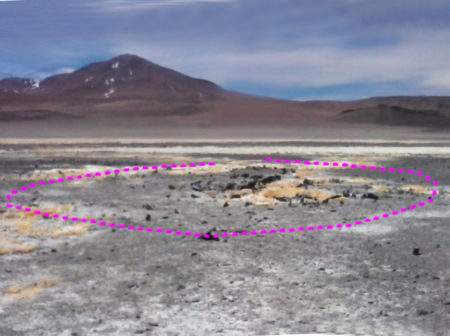 Los Arcangeles SA is scheduled to commence mobilization in the second week of January to set up the field camp and transport drilling equipment. Initially the contract is for drilling 3 rotary drill holes, one to depth of up to 400 metres and two to a depth of up to 200 metres below ground surface. Additionally, a diamond drill hole will be completed to define subsurface stratigraphy and for carrying out in-situ density / permeability tests of various sedimentary units down to a depth of up 400 metres. Once the drill hole is completed, the contractor will also arrange technical support for carrying out pump tests, brine sampling, and down hole geophysical surveys.

The Company has hired Mr. Horacio Garkus, of Salta, Argentina, who is an experienced geologist in brine lithium projects to supervise drilling, core logging, sampling, pump tests and other geological/ hydrogeological aspects of the project. Ultra Resources is also looking for the services of a qualified consultant to carry out brine resource estimation subject to the success of the upcoming drill program. 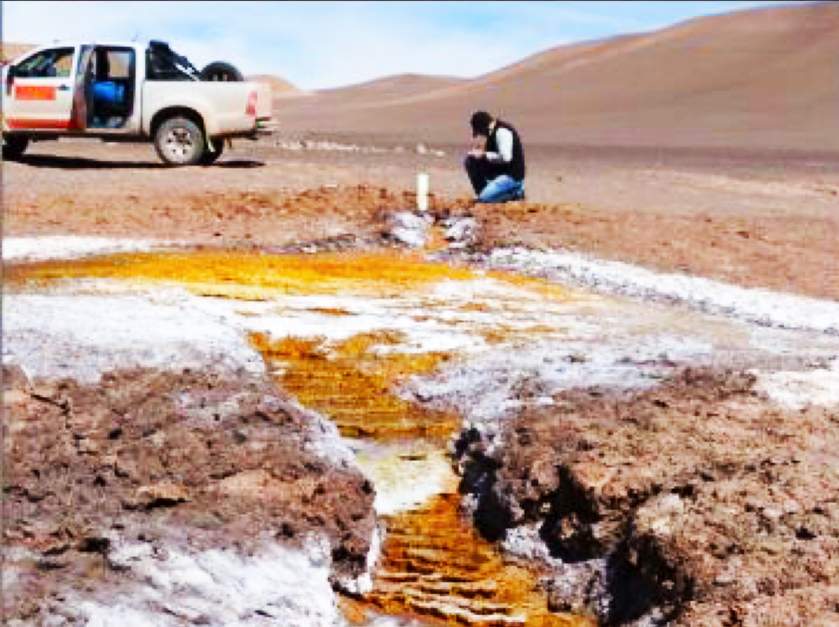 In 2018, the Company also completed 39.2-line-kilometers of ground geophysical survey. The survey results indicate high value brine lithium exploration targets in a salar core area of 3.4 square kilometers within a 23 square kilometre, 100 to 150 meter thick sedimentary basin with the potential to host lithium-brines. Interpretation of gravity survey data shows a major fault system exists to the east of the Laguna Verde Salar and also indicates the presence of a 2.4-kilometer-thick Cenozoic basin, which requires further exploration.

In 2018, a bench scale evaporation test of approximately 4,000 litres of brine sample from Laguna Verde was carried out in Ultra Argentina laboratories located in Salta. The density of the original brine sample was 1156 and its lithium concentration was 391 ppm. Two types of evaporation tests were conducted. The first test included evaporating 179 litres of brine sample in an external pool located outside to match natural evaporation conditions. The results indicate that in a period of five months, the brine volume was reduced from 16 cubic metres (m3) to 3 m3 and lithium concentration increased from 391 to 6,760 ppm. Major salts produced during this process were Halite, Felsobanyaite, Silvite, Lithium Sulfate and Potassium, Carnalite, Kainite and Gypsum. The second test was conducted inside in controlled conditions. The results indicated that the original brine volume of 2,326 m3was reduced to 85.06 m3 and the lithium concentration increased from 391 to 7,370 ppm (see ULT press release dated September 24, 2021).