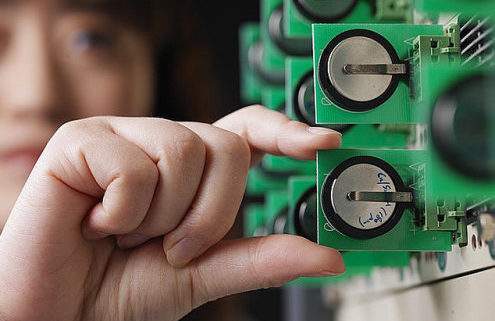 Dutch organization RGS has made a major breakthrough. The discovery will rapidly improve the performance of lithium-ion batteries. Called E-magy, a nano sponge lithium ion battery reduces charge-cycle swelling. Consequently, battery power and efficiency are greatly improved. Ultimately, storage capacity is increased by 50%. This allows vehicles to travel 500km without a single charge.

However, batteries need to last longer if plug-ins are to replace gas-consuming vehicles. With the nano sponge lithium ion battery, exterior anodes don’t swell. Instead, the sponge-lining absorbs the liquid flow of lithium-ions. Hopefully, manufacturers are quickly able to adopt this technology. Its inclusion in consumer electronics and electric vehicles is highly anticipated.

Meanwhile, solid-state batteries are expected to rid consumers of safety concerns. However, they’re not expected to hit the market for another ten years. In the meantime, nano sponge technology could help accelerate battery performance.

Consequently, the environment isn’t the only entity to benefit. So will the average consumer, who will benefit from cheap, efficient vehicles that outperform conventional vehicles.