It’s no secret that Apple has automotive aspirations. Consequently, the company just hired droves of former Tesla employees. Recently, it hired Senior Designer Andrew Kim, a move that suggests Apple electric vehicles will soon hit the market. However, there are endless barriers to entry. Even for a trillion-dollar firm like Apple, launching an auto division is challenging – especially in the EV space. 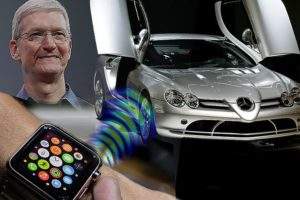 Should Apple Enter the Auto Game?

Third, Apple doesn’t have the technology to successfully introduce a vehicle. Granted, its former-Tesla team members are up to the task of replicating Tesla’s success, but IP restrictions will be difficult to navigate. Apple’s value rests on the iPhone. Consequently, Apple is now the highest-valued company in the world. However, it’s interested in diversifying its revenue stream to stay on top. Apple electric vehicles could spearhead that diversification. 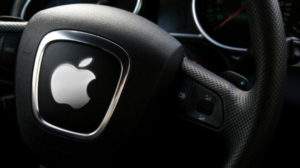 Meanwhile, the self-driving shift approaches. CEO Tim Cook recognizes this – successfully testing self-driving vehicle technology throughout California in late 2017. While many thought this indicated Apple’s entry into the auto game, it may mean something else. Instead, it’s likely that Apple will offer self-driving software to automakers.

A Boon to Clean Transportation

Consequently, manufacturers could focus on building more efficient cars. Meanwhile, Apple could spend its billions on self-navigation. Granted, Apple Maps wasn’t much of a success. Additionally, widespread adoption of self-driving vehicles is still years away.

However, Apple’s contribution to the electric vehicle industry would be huge. Its mere presence would help generate hype among consumers and competition among producers. Moreover, its mastery of brand storytelling should accelerate electric vehicle adoption worldwide. Furthermore, it would allow automakers to optimize battery performance.

Cars powered by lithium-ion batteries will eventually be status quo. Manwhile, Apple’s involvement would give the shift a friendly boost.