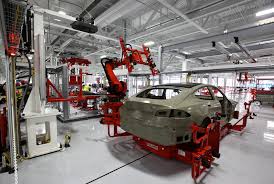 Valid until December 2020, the deal can shape the international clean energy landscape. Furthermore, it guarantees that up to 20% of Ganfeng’s overall production goes to Tesla. This is great news for those in the market for plug-in vehicles. Moreover, it speaks volumes about China’s role in clean energy.

By striking it big with the world’s most famous electric vehicle brand, China’s positioned to benefit from the gradual transition to battery-powered vehicles.

Although Tesla isn’t the world’s largest electric automaker, it’s movement causes ripples far beyond American soil. After posting its first profitable quarter in two years, it looks as if things are heading in the right direction for the company.

After news of the deal surfaced, shares in Ganfeng rose 10%. Meanwhile, Tesla recently signed a deal to open a facility in Shanghai. The plant will produce upwards of 500,000 cars annually. 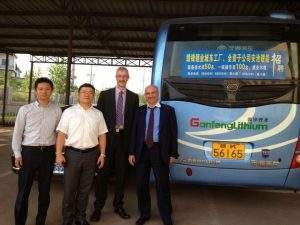 Deals like this are changing the global transportation landscape. Electric vehicles are becoming more common and the minerals needed to power them are becoming more valuable. All plug-in vehicles and consumer electronics use lithium-ion batteries. Made up of (you guessed it) lithium and cobalt, the technology behind these batteries is rapidly improving.

It appears Tesla and Ganfeng are determined to meet a world’s clean transport demands.

Australian Lithium Industry Taking Off – But 54% of World’s Lithium In South...
Scroll to top