The Northern hemisphere is caught in a vicious cold snap. However, this is nothing new. Granted, certain parts of Canada are colder than the surface of Mars. As a result, clean energy tech is tested under freezing conditions. To no one’s surprise, negative articles about electric car winter performance are everywhere. 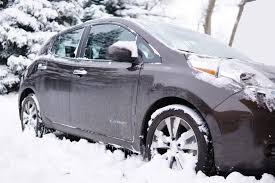 However, this appears to be anti-EV propaganda. Much like Trump’s crusade against zero-emission transportation, the argument doesn’t appear to have much substance. Admittedly, electric vehicle winter performance is lower than in warmer climates. Furthermore, tomorrow’s commute to the office requires more charge time.

Yet, you can rest assured your EV’s engine will turnover in the snow.

Easier to Start than Combustible-Engines

Meanwhile, gas-powered vehicles are reliably unreliable on cold mornings. Luckily for your neighbour, their Tesla Model 3 is unlikely to cause a delay. With the click of a button, it’s off to work. Additionally, the large batteries provide a low centre of gravity. Consequently, poor conditions are easy to navigate.

Lithium-Ion Batteries in the Cold 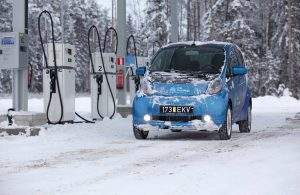 The science behind lower EV ranges in cold weather is simple. Ultimately, cold weather increases internal resistance and diminishes capacity. This is because engineers assume warmer temperatures when calculating battery life. Similarly, Smartphones use the same logic. Any skiing enthusiast knows that taking an action shot on is tough later in the day.

However, a solution to this problem is coming. Nearly every major automaker has announced plans to release EV models. As a result, Li-Ion battery research enjoys major investment dollars.