Range anxiety continues to worry both potential and existing electric vehicle owners. The thought of being stuck at a busy intersection or on a country road with no charging station in sight is a rational concern. However, a polymer sponge lining will allow EV drivers to sleep easy. This advance comes in the wake of several others. 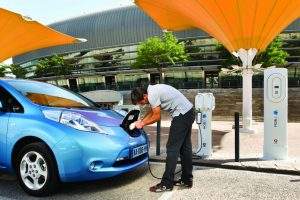 Second, 3D-printing increases the rate at which lithium-ion batteries are produced.

Now, researchers at Penn State University have created a 3D cross-linked polymer sponge that attaches to the metal plating of a battery anode. Believe it or not, that’s English. Simply put, this recent discovery means charging your car will no longer be a nightly responsibility. 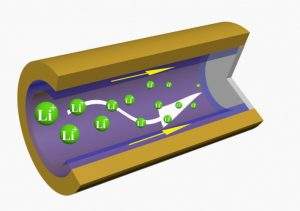 Placing a polymer sponge lining inside the metal plating solves the problem. The primary goal was to remove dendrites, the needle-like formations causing battery degeneration. Even at low temperatures and in fast charging conditions, the experiment worked.

Say hello to an iPhone that lasts longer than 1 day.

In 2017, Dyson announced plans to create it owns electric car. Around this time, both Apple and Google did the same.

However, lithium is heavily relied upon to power this shift. Smartphones, laptops and all consumer electronics use lithium-ion batteries. Now, electric vehicles consume over 50% of global lithium reserves.

Dyson Electric Cars to be made in Singapore

Autonomous Electric Vehicles: A Matter of Time
Scroll to top