A new incentive scheme to get Indian drivers into electric vehicles could hit $1.4 billion. However, it hasn’t been approved. Specifically, the India EV scheme subsidizes payments on electric vehicles worth less than $22K USD.

Evidently, the government hopes to reduce the country’s reliance on fossil fuels. Encouragingly, both India’s government and businesses are excited by clean energy technologies. Consequently, lithium-ion batteries are locally produced throughout the country.

Additionally, over 2 million Delhi residents now get their power from a grid storage project. The sustainable energy source is the largest of its kind. Lithium-ion batteries exclusively power it. 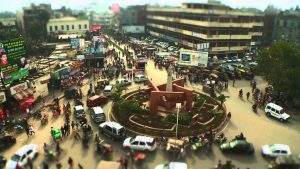 Evidently, there is ample incentive for India to adopt clean energy technologies. Many of its cities suffer from the world’s most polluted air. As a result, the government strives to become a lithium-ion battery production hub.

However, this goes beyond eco-conscious incentives. Currently, clean energy initiatives are hot. Both national governments and major corporations work together to make clean energy technologies mainstream. 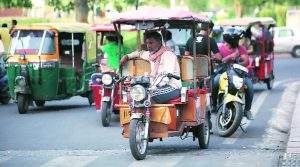 Currently, the Indian government is in talks with representatives from Argentina, Chile, and Bolivia to secure lithium contracts. The 3 countries form what’s known as the Lithium Triangle. Collectively, they hold nearly 50% of the world’s existing lithium deposits.

Additionally, sustainable platforms dominate various other rideshare programs. OLA added over 10,000 electric rickshaws to its fleet in 2018. Other rideshare companies invest heavily in helping Indians move away from two-stroke engines.

Lithium Battery Price to Fall, Use to Rise by 2025