Electric vehicle owners routinely face a lingering problem. However, this problem doesn’t concern price or charge range. Instead, it’s easy access to charging stations. Consequently, a major automaker has taken notice. The Porsche charging network will hit 191 dealerships throughout the U.S this year.

Furthermore, Porsche offers three years of use with the purchase of its upcoming Taycan. The EV is considered by some to be 2019’s most popular car. Additionally, the Porsche charging network will operate out of the VW-owned Electrify America Inc . Volkswagen Group is Porsche’s parent company. Moreover, customers will be able to purchase home-charging systems. 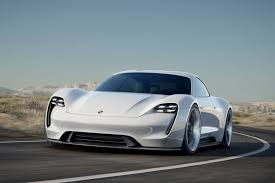 The Taycan itself features a 350kW charge rate. Meanwhile, Porsche offers its own DC system that offers a 320kW charge. These will only be available at Porsche dealerships. Ultimately, Taycan owners win. The three-year offer includes unlimited 30-minute charging sessions.

Currently, Tesla dominates the charging network market. However, new competitors (including Porsche) are set to change that. Granted, the $80,000 Taycan is out of most consumer’s price ranges. Nevertheless, investment in charging network infrastructure sets the groundwork for affordable EVs in the future.

Lithium-Ion and Major Automakers Team Up

After all, a global lithium shortage plagues the consumer electronics market. Expect this development to become a major issue when EV penetration grows over the next few years.