China owns half of the world’s lithium supply. Additionally, its electric vehicle industry is unmatched. Ultimately, western powers lag behind China in these areas. However, a major German lithium investment in South America changes things. 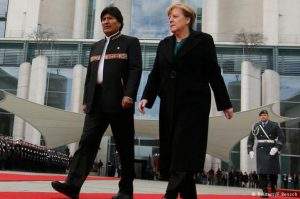 In December 2018, Germany and Bolivia agreed to a partnership. As a result, the European power now has access to a vast Bolivian lithium deposit. Consequently, president Evo Morales (below, pictured with Angela Merkel) chose a family-run company over his country’s biggest non-institutional lender. In the end, German firm ACI Systems won the bid.

With an Eye on Sustainability 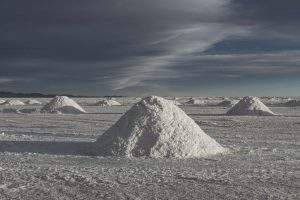 Ultimately, Morales chose Germany because of its commitment to sustainability. Like Argentina, lithium in Bolivia is primarily sourced through brine mining. However, the eco-friendly method uses brine pools to surface lithium deposits. The practice relies on sunlight.

Porsche Charging Network to Roll out with Taycan

Tesla Market Share for EVs Under Threat
Scroll to top