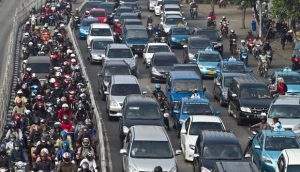 Indonesia is the 2nd most congested country in the world. Additionally, its capital of Jakarta suffers from the world’s 3rd worst traffic. Consequently, its often the world’s most polluted city. However, this won’t last. Indonesia EVs are set to become common in the next decade.

Ultimately, the goal is 20% of all vehicle sales to be electric by 2025. Granted, this goal is ambitious. After all, Indonesia is Southeast Asia’s largest economy. Nevertheless, the government will offer large incentives to foreign EV manufacturers. Specifically, the government has been in talks with Korean, Japanese and Chinese automakers. The health benefits for millions of Indonesians are promising.

Furthermore, Li-Ion batteries power environmental stability. Asia’s second-largest vehicle producer has taken notice. Consequently, it’s Deputy Industry Minister addressed this motive directly. “We are encouraging companies and investors in Japan, Korea, and internationally in general to get into the electric vehicle business at all levels.” 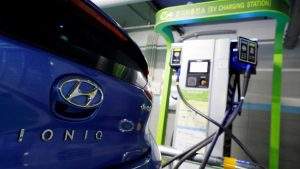 Moreover, Mitsubishi announced it will help develop infrastructure for Indonesia EVs. The government could use the help. After all, introducing a charging network to Indonesia’s roads will be no small task. Such developments are monumental. First, the country’s 20% objective means yet another country has introduced electric vehicle plans. Second, its battery plant confirms that oil and gas will eventually be permanently phased out.

Instead, resources like lithium will take their place. Ultimately, this transition is essential for environmental sustainability. With the support of both governments and corporations, the Paris Climate Accord’s goals are achievable.

• Toyota and Panasonic Team Up to Make Lithium Batteries